Co-authors from the Tata-Cornell Institute for Agriculture and Nutrition and the Dyson School  have published a new book, Transforming Food Systems for a Rising India, as a reflection of the institute’s key intellectual results and research works undertaken within the past five years. 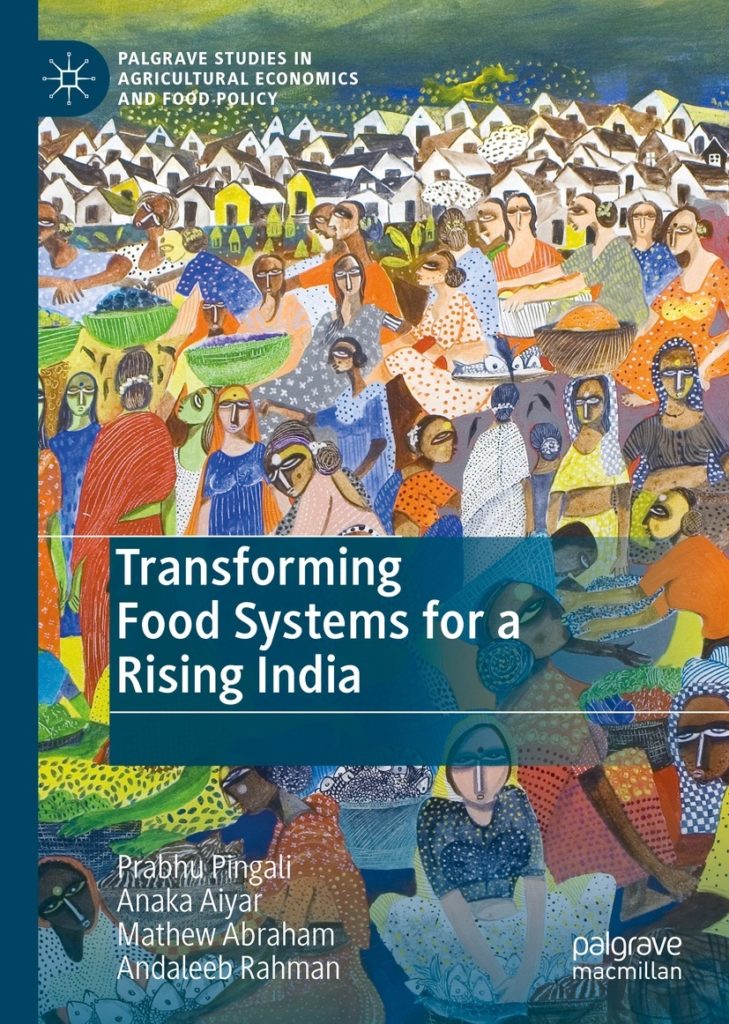 Transforming Food Systems for a Rising India explores the relationship between India’s economic development, agricultural production, and nutrition through the lens of a “food systems approach.” The authors investigate the paradoxical story of India’s growth where regional inequality, food insecurity, and malnutrition still exist within economic progress.

By collecting the latest data and scientific evidence from the country, the authors examine the challenges and opportunities for achieving a nutrition-secure future. The book offers potential solutions along with political and institutional interventions needed to alter the future of India’s food system.

“Using a broad food systems approach, this book presents [a]… comprehensive analysis of the Indian food and agricultural system and its interaction with climate change, nutrition and health.” — Per Pinstrup-Andersen, Professor Emeritus, Cornell University and 2001 World Food Prize Laureate

Insights from the authors

The Tata-Cornell Institute celebrated the launch of the book in May 2019 with a panel discussion featuring the authors and an introduction from Christopher Barrett, the Stephen B. and Janice G. Ashley Professor at Dyson. During the event, the co-authors shared key takeaways from their respective chapters.

Prabhu Pingali, professor of applied economics at Dyson and founding director of the Tata-Cornell Institute

The Tata-Cornell Institute (TCI) was founded with the generous support of Ratan Tata ’62 (AAP), former chairman of the Tata Group of India. Through the Tata Education and Development Trust, Tata provided $25 million to Cornell University to support a long-term research initiative. TCI conducts research, provides thought leadership, and engages stakeholders working in agriculture, nutrition, and food policy. TC I is part of the College of Agriculture and Life Sciences and hosted by the Charles H. Dyson School of Applied Economics and Management.

Learn more about the Tata-Cornell Institute and how to read their new book here.