How should we define energy justice?

Richard Stedman, Cornell professor and department chair in the Department of Natural Resources and the Environment, posed this seemingly simple question to open a panel discussion, “Energy Justice: Exploring an Equitable Green Transition,” held virtually on Dec. 4 as part of the 11th annual Cornell Energy Connection.

The Center for Sustainable Global Enterprise and Cornell Energy Club at the Samuel Curtis Johnson Graduate School of Management continued their annual tradition of organizing this industry conference. It is an important educational and developmental opportunity for the student community, bringing students together with alumni and professionals to discuss topics on the forefront of the energy transition.

This academic year, the conference was segmented into individual virtual panels distributed across three Fridays in December and sponsored by Chevron, ConEd, Distributed Sun, and EDF Renewables.

The headline event focused on energy justice, a fast-emerging topic of interest in industry, government, and academia.

Panelist Raya Salter, a policy advocate, Fordham law professor, and author of Energy Justice: US and International Perspectives, explained that energy justice is a cluster of interrelated issues: energy access, affordability, sustainability, participatory systems, environmental and climate justice, and intergenerational justice and accountability. Salter remarked that she layers her analysis with a legal perspective by applying the existing justice tools we have, namely environmental justice, international human rights, and civil rights.

Omar Blayton, CFO of Sunwealth and an industry expert, offered his own definition energy justice. At its core, equitable energy practices should resemble “a democratization of the benefits and a democratization of the detriments.” Blayton noted that Sunwealth focuses on mitigating the detriments that have historically affected many marginalized communities, despite the rapid growth of the industry.

Blayton added that an equally important emphasis is required for businesses to “be intentionally inclusive to get around the structural constraints that have traditionally blocked the benefits from flowing to a certain level of population.”

Themes explored throughout the panel discussion included current and proposed methods of increasing equity in energy. Salter provided several examples of how current policies restrict equitable development and described the benefits of policies she is backing.

Blayton provided examples of how innovative businesses have worked around these restraints and offered a template for accelerating impact while new policy develops. For example, in the distributed solar sector, Sunwealth has increased solar access in low-income communities by uncoupling credit scores and energy offtake, a model that generally prevents many consumers and community organizations from sharing in the benefits of solar.

The closing question, fielded by Stedman from the audience, focused on the political optics of the energy justice movement. Salter explained that energy equity initiatives were not always partisan issues, and she was hopeful that raising awareness of the associated economic and health benefits of energy justice initiatives will lead to mass adoption. Blayton agreed that the topic is far from controversial and sees industry and policy reconciling within the next decade or so as the effects are felt by the general population.

Whereas in the past, in-person conference capacity limited attendance, more than 500 people tuned in for the live webinar hosted by eCornell. This increased access to empowering information, spurred by technology and circumstance, is representative of the themes explored for an equitable energy transition.

View free recordings of this energy justice panel and other Cornell Energy Connection panels hosted on the eCornell Keynotes website: “Meeting the Energy Challenge: Can Data Centers Become Carbon Neutral?” and “The Future of Energy Storage.” 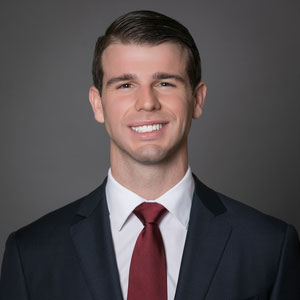 Michael Callender, a second-year MBA student at Johnson, is a Park Leadership Fellow, Environmental Finance and Impact Investing Fellow, and president of the Cornell Energy Club. Michael is interning with Sunwealth in support of their Solar Justice initiative during this academic year. Last summer, he interned  with Marathon Capital, an energy-focused investment bank. Michael is a veteran of the U.S. Army and received a BS in finance from Tulane University.